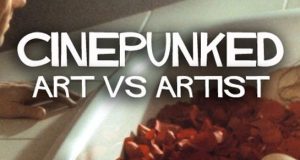 On Saturday 14 April 2018 we held a discussion as part of the Belfast Film Festival entitled Art vs Artist, which was conceived as an engagement with the #MeToo and #TimesUp movements that have flooded social media in the wake of the Harvey Weinstein allegations.

We will be publishing a podcast version of the discussion soon, and we hope to follow up the conversation in due course, and would welcome any invitations to run a version of the talk elsewhere.

The discussion itself touched on problematic cinemas, scenes within films, and also some of the allegations which have been made public over the last year or two, and we are acutely aware that some of those who were there, or who might engage with the debate, may be directly affected by the issues involved.

There are many organisations around the world that will help if you have been affected. We would encourage you to seek out specialists, and take reports of criminal activity to the appropriate authorities.

We’d like to thank both Victim Support NI and Nexus NI for supplying us with hard copy support material for Saturday’s event.

Below is a list of support bodies for those in Northern Ireland affected by the discussion. Please do remember that all communications with these bodies are kept confidential.